Analysis by the Legislative Analyst

This measure requires the Insurance Commissioner (the Commissioner) to approve rates for certain types of health insurance. The rate approval process would be similar to a process that is currently used for other types of insurance, such as automobile and homeowner's insurance. Below, we provide background information on health insurance in California and automobile and homeowner's insurance rate regulation. 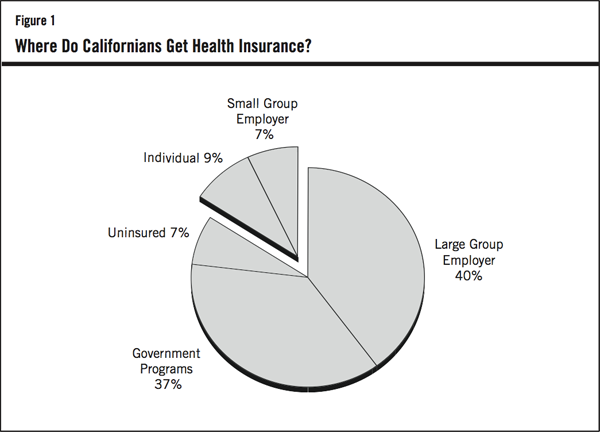 Review, but Not Approval, of Health Insurance Rates. As of 2011, health insurance companies must file information on proposed rates for all individual and small group health insurance with either DMHC or CDI before those rates can go into effect. (Insurance companies are not required to file large group rate information.) Both DMHC and CDI review the rate information and say whether the rate increases are reasonable or not. When evaluating the reasonableness of health insurance rates, DMHC and CDI may consider a variety of factors, such as: (1) which medical benefits are covered, (2) what portion of the costs enrollees pay through copayments and deductibles, and (3) whether a company's administrative costs are reasonable. The departments are also required to make certain information from these reviews available to the public on their websites. However, DMHC and CDI currently have no authority to reject or approve the rates before they take effect.

Federal Health Care Reform Creates Health Benefit Exchanges. The federal Patient Protection and Affordable Care Act enacted in 2010, also referred to as federal health care reform, created marketplaces called health benefit exchanges. Insurance companies may sell health insurance products to individuals and small businesses on these exchanges. Certain low-to moderate-income individuals and families may receive federal subsidies to make their health insurance more affordable. These federal subsidies are not available for insurance purchased outside the exchange. California's exchange -- operational since October 2013 -- is known as Covered California, and it is governed by a five-member board (the Board) composed of individuals appointed by the Governor and the Legislature. Covered California is currently funded by federal funds and fees assessed on participating health insurance companies.

Individual and Small Group Health Insurance Rates Must Be Approved by the Comissioner. The measure makes current and future individual and small group health insurance rates -- including rates for health insurance that is regulated by CDI or DM1 IC -- subject to the rate approval process established under Proposition 103. The measure also states that rates proposed after November 6, 2012 must be approved by the Commissioner, and payments based on rates in effect on November 6, 2012 are subject to refund. There is some legal uncertainty about whether the Commissioner could require health insurance companies to issue refunds for health insurance no longer in effect.

The measure also broadly defines "rates" in a way that includes other factors beyond premiums, such as benefits, copayments, and deductibles. While there is some uncertainty regarding how this provision would be interpreted, it likely would not give the Commissioner any new authority to approve characteristics of health insurance products beyond premiums, such as the types of benefits covered.

Insurance Filing Fees Collected to Pay for State Administrative Costs. Any additional administrative costs to CDI resulting from the measure would be financed by increased fees paid by health insurance companies.

The most significant fiscal effects of this measure on state and local governments, described in detail below, are on state administrative costs. The net additional state administrative costs from this measure would likely not exceed the low millions of dollars annually, but could be higher in some years. These costs would he funded from additional fee revenues collected from health insurance companies.

Increased State Administrative Costs for CDI. This measure would result in additional costs for CDI. including costs to review and approve health insurance rates and conduct public hearings on proposed rates. These ongoing costs would likely not exceed the low millions of dollars annually. The amount of additional costs would depend on several factors, including how often CDI or consumer representatives challenge proposed rates. The costs could be somewhat higher in the initial years after the measure takes effect. For example, there would be additional one-time costs if CDI reassessed rates that are currently in effect.

Unclear Effects oil DM!IC's Administrative Costs. The measure does not directly impose new duties on DMHC, but it could affect DMHC's administrative costs. The direction and extent of this potential effect is unclear. For example, over time, the degree to which DMHC would continue to review health insurance rates in light of the rate approval authority given to CDI under the measure is unclear. If DMHC reduced or eliminated its rate review activities, this would result in administrative savings of up to several hundred thousand dollars annually. On the other hand, some of DAAHC's administrative costs could increase under the measure if actions taken by the Commissioner resulted in additional regulatory workload for DMHC.

Potential Administrative Costs for Covered California. The measure does not impose new duties on Covered California, but it could result in additional administrative costs. The new rate approval process conducted by CDI would likely result in a longer approval process for some individual and small group health insurance products. To the extent there is a long delay in approval for a product, it could result in that product not being offered during an open enrollment period. This could, in turn, have fiscal effects on Covered California. For example, there could be additional costs to provide consumer assistance to individuals who switch to a different health insurance company. It is unclear whether long delays in rate approvals would occur under the measure or, if they do occur, how often they would occur.

Nothing recent!
Say something!

Copyrights © 2013-2021 & All Rights Reserved by PropZero.com
Privacy Policy/Terms of Service/Contact Us